The Arithmetic of Autism

The story of the autistic high priestess of global climate protest marries two of the tin gods of our age.

But where would Swedish teenager, Greta Thunberg fit into the fictional ** ‘School Daze’ series created by clinician Dr Sharon Mitchell? Would she have a walk-on part, for example, in Autism Talks and Talks or does she deserve a story devoted to her alone? 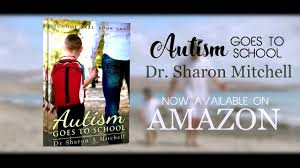 As I dipped into the early chapters of Dr Mitchell’s five inter-connected novels featuring different aspects of autism, I mused on how the vast majority of children in previous eras ever reached well balanced adulthood; indeed what proportion of history’s greatest achieving personalities would now be diagnosed as ‘autistic’?

After all, the very name of the condition was coined only in 1908 while Austrian paediatrician and Nazi eugenicist, Hans Asperger identified the milder form named after him barely 75 years ago. It is said, moreover, that Dr Asperger suffered from the eponymous syndrome and that his work became generally recognised posthumously during the 1980s.

I find this disconcerting as I do the US national child autism rates cited by the Autism Speaks website that claimed twice in a report published in April 2018 that first, there was a “15 percent increase in prevalence nationally: to 1 in 59 children, from 1 in 68 two years previous” and then “* Nationally, 1 in 59 children had a diagnosis of autism spectrum disorder (ASD) by age 8 in 2014, a 15 percent increase over 2012”.

Further, Dr Mitchell enjoys a wide social media presence but her personal website provides casual visitors with links that offer no information and details for some of her work for which I found no further reference. But there is surely a good explanation for these apparent omissions.

Here I must declare a personal interest for two reasons.
First, I’ve heard a first-hand account of living with a severely autistic child into adulthood and so am aware that the indescribably painful parental duties and responsibilities are life-long. 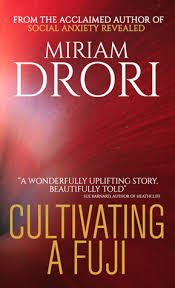 Second, although I am advised that the illnesses are unrelated, I want to conclude with mention of a novel whose focus is on ‘social anxiety disorder’.

This is an even more recently identified mental health problem that has been tackled twice by my acquaintance, ** Miriam Drori.

First came a nonfiction work, Social Anxiety Revealed and then some weeks ago, Drori published Cultivating a Fuji, a story whose part flash-back plot and whimsical anti-hero makes it a quirky but entertaining gentle comedy of long forgotten British office manners that must have played out more strongly in the author’s imagination than it ever has in reality.

Never mind! Like me, she is a British expat with her feet planted firmly in Israel while her writerly sights focus strongly back on Blighty.

What follows are Miriam’s thoughts about social anxiety versus low spectrum autism as expressed in answer to my questions during an online conversation:

“I know the symptoms of both can be similar, but I think they derive from opposite tendencies.
“I think social anxiety is a mixture of nature and nurture. I think only certain people are born with the potential for it, and of those most won’t catch it because they won’t have experiences that trigger it. It generally begins in adolescence, but can start earlier or later.

“There’s a Hebrew book: איך הביישן למד, which claims (my translation): ‘Women suffer from social anxiety more than men, at the rate of 3:2, as with other anxiety disorders. It’s interesting that more men than women seek treatment for social anxiety. It’s possible that social norms inform this difference. Society is more forgiving of women who, for example, struggle in business, don’t advance to managerial positions or are seen to have less self-esteem. Society also seems to tolerate more shyness from women in the area of courtship or romantic relations in general than it does from men who, in most societies, are expected to be more active in forming a romantic relationship’. I haven’t seen the claim that more men seek treatment from other countries and wonder if that’s an Israeli thing”.
---------------------
** The Kindle edition of the Autism Box Set: Books 1 - 5 of the School Daze Series is available from Amazon @ $7.99. It is also produced in paperback and large print formats.

** Social Anxiety Revealed and Cultivating a Fuji  are both available from Amazon in Kindle @ $2.99.

I realize that ... this might make it seem as though we are talking
about a percentage of something
which ... itself is already a percentage.
Yes! That is right.

Could that be confusing?
I think so.
I think that (to some persons), it could be confusing.