The past week has been bloody murder. 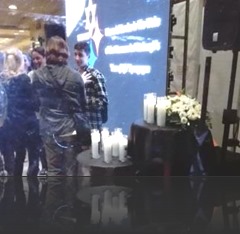 Who needs the death penalty when a Jew-hating, gun-toting, psychopath may obliterate 11 innocent people at prayer in a single stroke?

Why talk loftily of ‘the unity of the Jewish people’ when the Tree of Life Synagogue murders have caused an unholy row in Israel and another in the US where strictly Orthodox Rabbi Mordechai Aderet allegedly told his followers not to attend a vigil for those slain because the attack had happened during a circumcision ceremony for the adopted twins of gay parents. 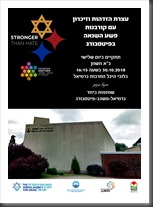 Then in Karmiel, which enjoys close municipal and social links with Pittsburgh both through a twinning agreement and the ‘Partnership 2gether’ programme, no Orthodox rabbi attended the public memorial service held at the local cultural centre. If nothing else it would have been a chance to bid farewell to Adi Eldar, the city’s long-serving mayor who was due to retire the same evening and whose final act in office was to announce a planned physical memorial for the dead.

I have been told the rabbis were not specifically invited. Did they need a handwritten personalised note to attend a widely publicised open event at a central locale? The meeting details were easily available on social media and the flier  bore the city’s logo. I would not believe anyone who may claim such individuals do ‘not use Facebook’ as many well-known rabbis have a social media presence managed by their staff. Further, I suggest – perhaps to be corrected - that this sense of alienation was why – at the other end of the religious spectrum – members of the Reform Yedid Nefesh Congregation – organised a separate service.

Next, on to beleaguered US President Donald Trump, whose role continues to be ever-increasingly that of the scapegoat for any and every perceived ill of US society.

For Heaven’s sake! What possible link could the murderer and his victims have with Trump? It could surely be only one that his legion enemies may assert. Why jeer and heckle the president when doing so is disrespecting his office and therefore the flag that patriotic Americans hold so dear.

What happened on Saturday morning last, has no more to do with Trump than the US mid-term elections have any link with me, an expat Briton living in Israel and who therefore has no US vote.

To hold Donald Trump accountable for the carnage at the Etz Chaim (ToL) Synagogue is like incriminating the respective incumbent British premiers for the massacre at the primary school in Dunblane, Scotland; the mass shooting at Hungerford, Berkshire; the murder and attempted beheading of serving British soldier Fusilier Lee Rigby or the more recent Manchester Arena and Westminster bombings.

So let me clear up two misconceptions:

First: It appears that in March this year, there was another failed attempt to tighten US gun control laws. National Public Radio’s written report’s headline read: Repeal the Second Amendment? That's Not So Simple. Here's what it would Take. It also took correspondent Ron Elving about 2,250 words to go nowhere. So it appears that any proposed legislative change is unlikely and that all administrations. no matter the ruling party. are in an eternal bind.

Second: Pennsylvania has a long, inglorious history of Ku Klux Klan activity. So the crazed gunman needed no encouragement to spew his vile rhetoric and go on his synagogue killing spree from anything anyone has said during the current election campaign.

As I write, three British people are being tried as members of National Action, a banned neo-Nazi terrorist group. The jury has seen pictures of the main defendant apparently dressed in Ku Klux Klan regalia while cradling his infant son whose middle name is ‘Adolf’ in tribute to Hitler. 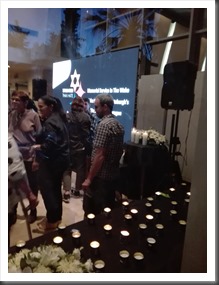 Further, the continuing saga of purported UK Labour Party antisemitism has today taken a new twist with the revelation that the London Metropolitan Police has opened a criminal investigation into the alleged antisemitism of individual party members.

Playing the Jew-hate blame game is futile. Let’s conserve our energies to fight it.

The Desert Vixen – and Her Fox!

As the arguments about the prosecution of British Armed Forces’ veterans for alleged war crimes in Northern Ireland and the Middle Eas... 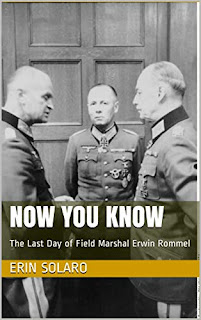